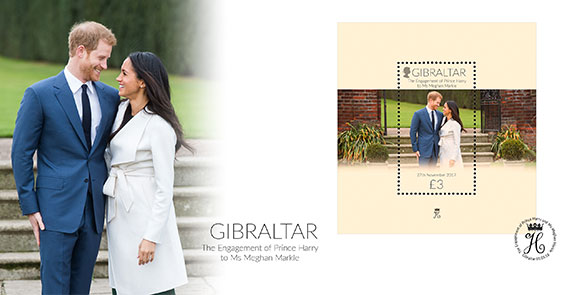 Prince Henry of Wales is the second son of Charles, Prince of Wales and Diana, Princess of Wales. He and Meghan Markle, an American actress, have been in a relationship since June 2016.

On 27 November 2017, Clarence House announced that Prince Harry would marry Meghan Markle in the spring of 2018. They were engaged earlier the same month in London, with the Prince giving Ms Markle a bespoke engagement ring made by Cleave and Company, consisting of a large central diamond from Botswana, with two smaller diamonds from his mother’s jewellery collection. At the same time, it was announced that they would live at Nottingham Cottage in the grounds of Kensington Palace following their marriage.

As Harry is fifth in the line of succession to the British throne, he must obtain royal permission to marry under the Succession to the Crown Act 2013. The Queen and the Duke of Edinburgh expressed their delight at the news, while congratulations came in from various political leaders, including the British Prime Minister, Theresa May, and the Leader of the Opposition, Jeremy Corbyn. After the announcement, the couple gave an exclusive interview to Mishal Husain of BBC News.

Ms Markle will be the second American and the fi rst person of mixed race heritage to marry into the British Royal Family. The engagement announcement prompted much comment about the possible social significance of Meghan Markle becoming a proudly mixed-race royal.

Although Markle attended a Catholic school in her early years, she does not identify as Roman Catholic and will be baptised and confirmed into the Church of England before the wedding. After the engagement, Markle began the years-long process of becoming a British citizen. According to some sources, she will also retain her US citizenship but Kensington Palace indicated in late November 2017 that the decision had not yet been made.

2018 Royal Engagement
This issue is available as