British Gibraltar - Towards the Millenium. 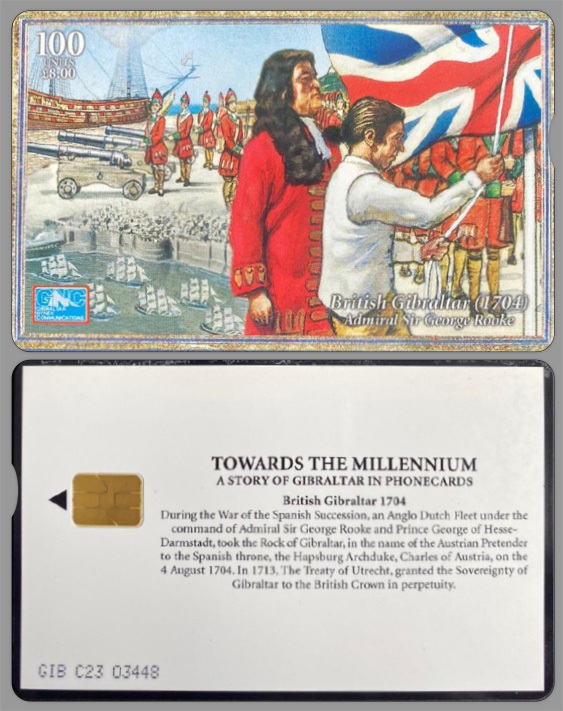 British Gibraltar - Towards the Millenium.

During the War of the Spanish Succession, an Anglo Dutch Fleet under the command of Admiral Sir George Rooke and Prince George of Hessedarmstadt, took the Rock of Gibraltar, in the name of the austrian Pretender to the Spanish throne, the Hapsburg Archduke, Charle of Austria, on the 4th August 1704. In 1713, The Treaty of Utrecht, granted the Sovereignty of Gibraltar to the British Crown in Perpetuity.