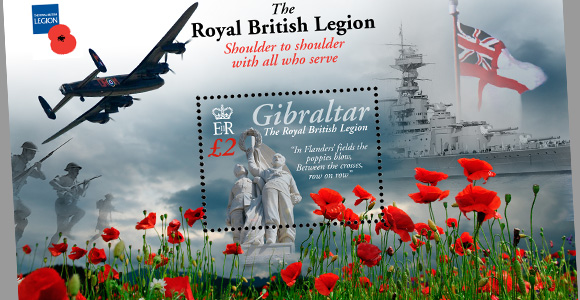 Today, The Royal British Legion safeguards the welfare, interests and memory of those who have served and are serving in the Armed Forces. It is one of the UK’s largest membership organisations and are recognised as custodians of Remembrance best known for the annual Poppy Day Appeal which was first held on 11 November 1921.

Some of the bloodiest fighting of World War One took place in the Flanders and Picardy regions of Belgium and Northern France. The poppy was the only thing which grew in the aftermath of the complete devastation. McCrae, a doctor serving there with the Canadian Armed Forces, deeply moved by what he saw, wrote the famous ‘In Flanders’ Fields’ which in turn inspired Moina Bell Michael to pursue her goal of establishing the red poppy of Flanders fields as a universal symbol of tribute to the men who died in World War I and the surviving veterans of that war.