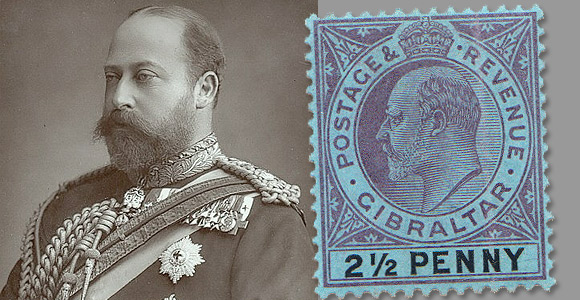 After Queen Victoria died on 22 Jan 1901 the new king Edward VII (b1841) reined until 6 May 1910. The new stamps for his reign were not issued until 1902. The designs are mostly the same as the previous Jubilee issues with some minor exceptions. After King Edward came King George V

Although few stamps were issue during the King Edward VII period, many of these stamps rank as favorites by many philatelists