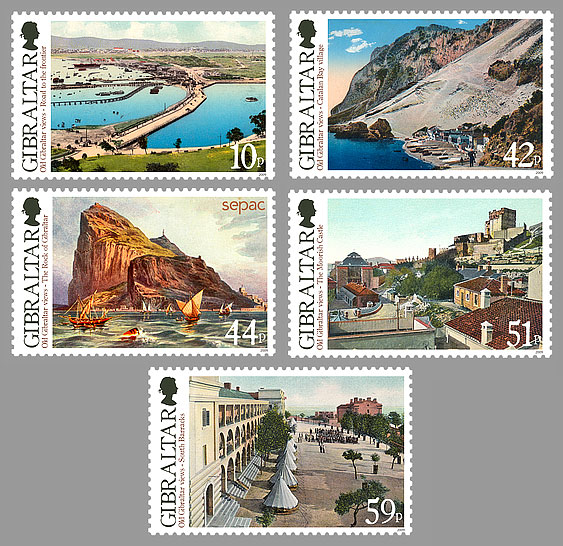 “While a see-saw history of occupations and sieges made Gibraltar a melting pot of peoples and cultures, its location at the gateway of the Mediterranean and the Atlantic added a unique savour to the mix. Centuries of clashes brought first Moors and Spaniards and eventually Britons to the fortress; decades of persecution added Sepphardic Jews to the melange and maritime trade added the individual spices of Genoa and Portugal to the multi-cultural dish.
At times the mix was tumultuous...the shot-scarred walls of the Moorish Castle, the Great Siege Tunnels, the fortress walls or the epitaphs on the gravestones in the Trafalgar Cemetery. Yet there was tranquility too. The tiled facades and courtyards of the old merchants’ houses of Irish Town, with the Spanish or Portuguese overtones...the jalousied shutters which point to the influence of Genoan traders...the ornate wrought-iron balconies which owe much to Britain’s industrial revolution.
For more than two centuries Britain’s colonial might dominated the shaping of Gibraltar - first as a fortress, then as a colony - continuing through the two world wars of the last century and well into their aftermath. But even then there were subtle forces at work which saw the gradual emergence of a civil population which was shaping its own identity.
All are part and parcel of the cultures and peoples which combined to shape the Gibraltarian.”
Extract from the book “Memories of Gibraltar’ by Gil Podesta

Old Views of Gibraltar
This issue is available as