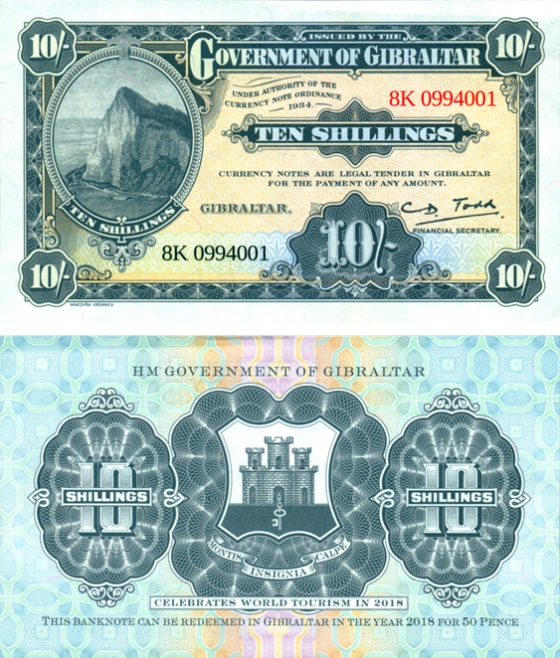 This is an official replica banknote released by the Government of Gibraltar with a nominal legal tender value.

The Banknote was issued to celebrate World Tourism in 2018 and used the design of the official and iconic TEN SHILLING note from Gibraltar issued in 1934.

A limited number of these notes have become available.