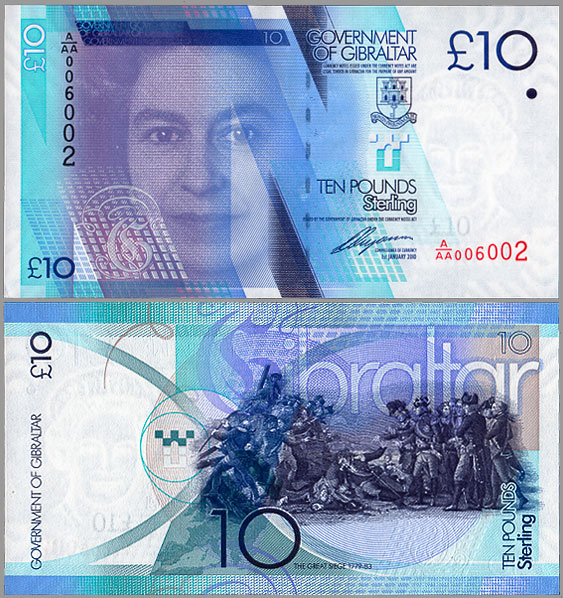 The £10 has a blue colour scheme, with the image of Her majesty on the front and a scene from the Great Siege of Gibraltar (1779-1783) depicted on the reverse.

The Great Siege of 1779-1783 was the 14th and last attempt to take Gibraltar by force, by means of a seige. The heric defence of Gibraltar under General Eliott against the might of France and Spain resonated throughout Europe. The back of the £10 banknote depicts the valiant General in a scene depicting him directing the defence of Gibraltar