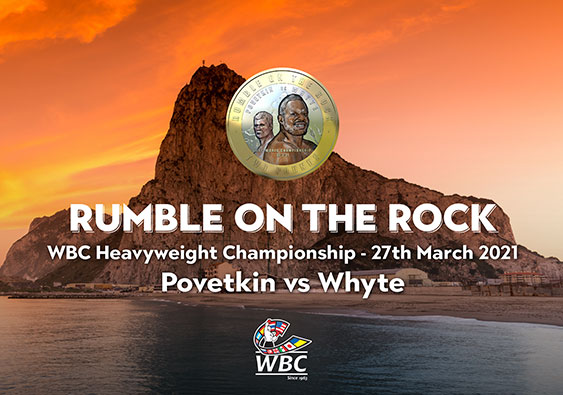 A commemorative two pound coin titled ‘Rumble on the Rock’ has been struck to celebrate the WBC Heavyweight Championship fight between Dillian ‘The Body Snatcher’ Whyte and Alexander ‘Russian Vityaz’ Povetkin, which will take place on March 27th at the Europa Sports Complex in Gibraltar.

The two pound ‘Rumble on the Rock’ coloured coin features both boxers, with the HM Government of Gibraltar Coat of Arms on the obverse. This is the first British WBC coin to ever be released.