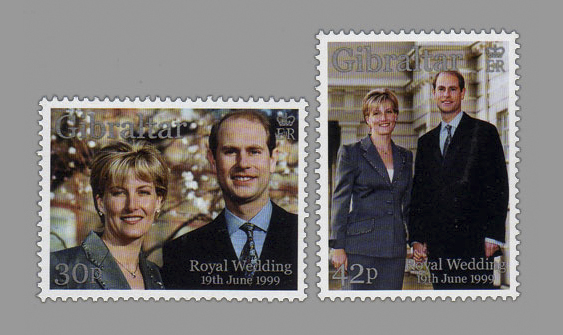 Set of stamps to commemorate the Royal Wedding between HM Queen Elizabeth II's son Prince Edward to Sophie Rhys-Jones on June 19th 1999. The wedding itself took place on 19 June of the same year at St George's Chapel at Windsor Castle. This was a break from the weddings of Edward's older siblings, which were large, formal events at Westminster Abbey or St Paul's Cathedral. On his wedding day, the Queen conferred on Prince Edward the titles of Earl of Wessex and Viscount Severn (Wikipedia)