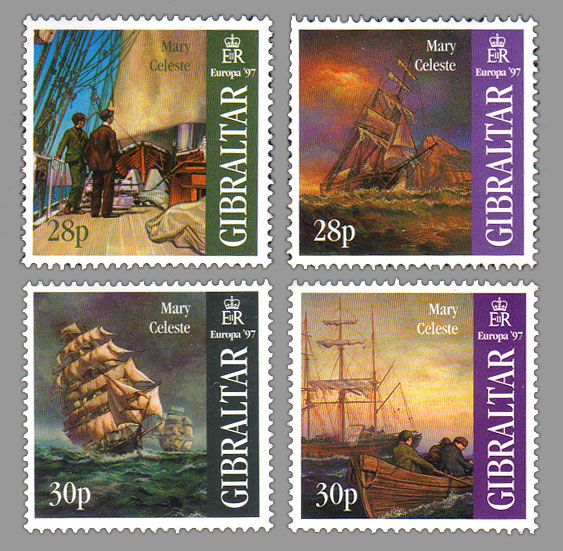 The Mary Celeste was a brigantine merchant ship famously discovered in December 1872 in the Atlantic Ocean unmanned and apparently abandoned, despite the fact that the weather was fine and her crew had been experienced and able seamen. The Mary Celeste was in seaworthy condition and still under sail heading towards the Straits of Gibraltar. She had been at sea for a month and had over six months of food and water on board. Her cargo was virtually untouched and the personal belongings of passengers and crew were still in place, including valuables. The crew was never seen or heard from again; their disappearance is often cited as the greatest maritime mystery of all time. (Wikipedia)