50th Anniversary of the UN 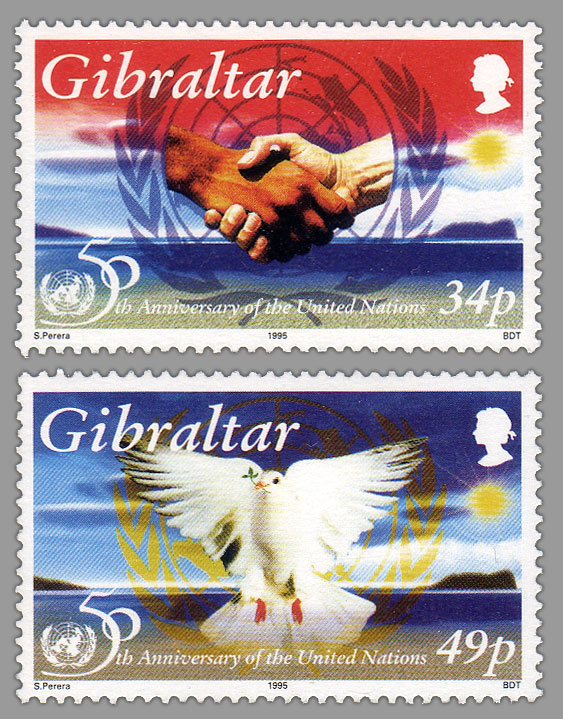 Set to mark the 50th Anniversary of the formation of the United Nations with a focus on peace and brotherhood of all nations and races, stamps were designed and illustrated by Stephen Perera.

The United Nations Organization (UNO) or simply United Nations (UN) is an international organisation whose stated aims are facilitating cooperation in international law, international security, economic development, social progress and human rights and the achieving of world peace. The UN was founded in 1945 after World War II to replace the League of Nations, to stop wars between countries, and to provide a platform for dialogue. It contains multiple subsidiary organizations to carry out its missions.

There are currently 192 member states, including nearly every sovereign state in the world. From its offices around the world, the UN and its specialized agencies decide on substantive and administrative issues in regular meetings held throughout the year. (Source wikipedia)