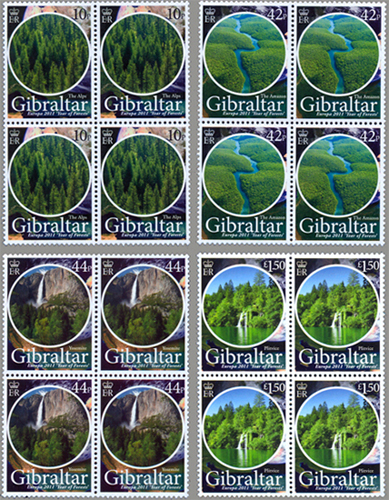 The year 2011 was declared the International Year of Forests by the United Nations to “raise awareness and strengthen the sustainable forest management, conservation and sustainable development of all types of forests for the benefit of current and future generations.”

The Amazon Rainforest, Brazil, South America is a moist broadleaf forest that covers most of the Amazon Basin of South America. This basin encompasses seven million square kilometers (1.7 billion acres), of which five and a half million square kilometers (1.4 billion acres) are covered by the rainforest. The Amazon represents over half of the planet’s remaining rainforests, and it comprises the largest and most species-rich tract of tropical rainforest in the world.

The alpine Swiss National Park is located in the canton of Graubünden in the east of Switzerland between Zernez, S-chanf, Scuol and the Fuorn Pass in the Engadin valley on the border with Italy. It has an area of 174.2 km² and is the largest protected area of the country. It was founded on 1 August 1914, the national holiday of Switzerland. It was one of the earliest national parks in Europe.

Europa 2011 'Year of Forests'
This issue is available as