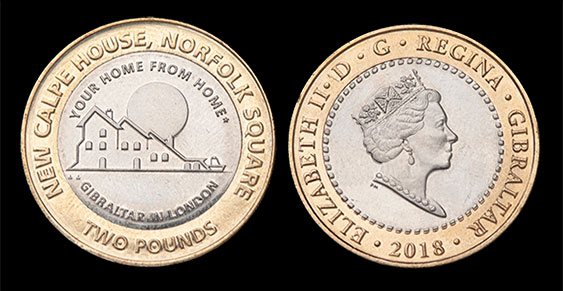 The latest addition of Gibraltar coins have just been released.  The coins depict the official Calpe House logo and the obverse depicts Queen Elizabeth II. All coins are sold in uncirculated condition.