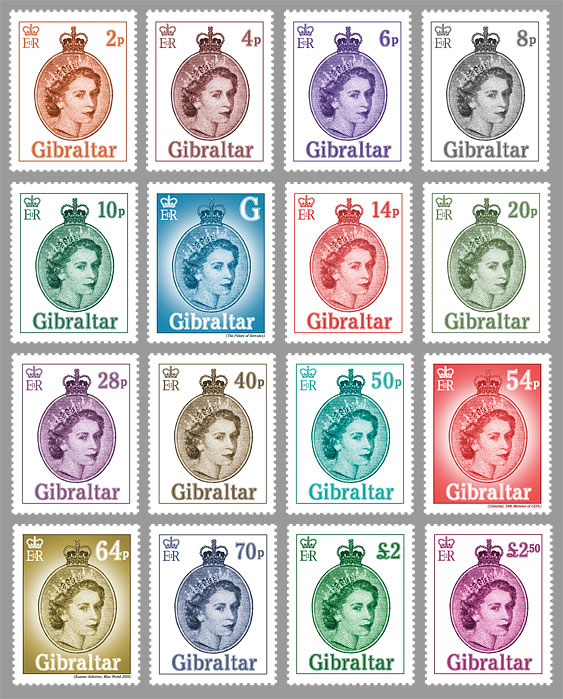 The Defintive 2014 features the Queen Elizabeth II portrait from the 1953 Definitive as its main design feature. The stamps come in a variety of colours for people to be able to easily distinguish the values.

A definitive stamp is a postage stamp that is part of the regular issue of a country’s stamps, available for sale by the post office for an extended period of time and designed to serve the everyday postal needs of the country. The term is used in contrast to a ‘commemorative stamp’, a stamp ‘issued to honour a person or mark a special event’ available only for a limited time.

Commonly, a definitive issue or series includes stamps in a range of denominations sufficient to cover current postal rates. Additional stamps in a Definitive series may be produced as needed by changes in postal rates but some values may be permanently available, regardless of prevailing rates.

Since postal administrations know that many stamp collectors want to own every stamp of a definitive series, collectors’ organizations have recommended that administrations only bring out new definitive issues no more often than every five years and most administrations of the world follow this policy. An exception would be the death of a monarch, or other prominent leader, necessitating a new definitive series for the new ruler. Sometimes merely the portrait is changed, and the outer design (known as the frame) remains the same throughout several issues. Countries that ignore frequency of issue guidelines and issue volumes of stamps that have little to no practical usage produce what many collectors refer to as wallpaper.

Definitive 2014
This issue is available as