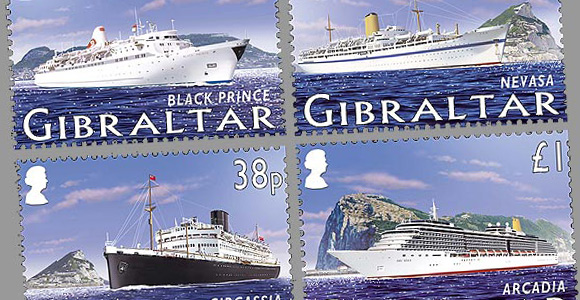 The ships that have been illustrated on the stamps are the Circassia; an established caller to the Rock during the 1950’s, the Nevasa; a frequent visitor to Gibraltar during the 1960’s and 1970’s, the Black Prince; a familiar sight at the Rock during the 1990’s and finally the Arcadia; the newest ship from P & O Cruises which coincidentally is also the largest cruise ship built specifically for the British market and visited the Rock for the first time on the 27th May 2005.