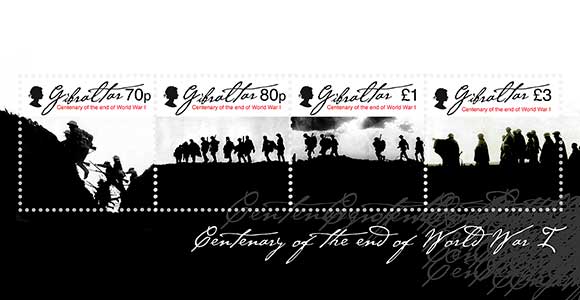 The military hostilities of World War One ended at 11am on 11th November 1918 but a final diplomatic end of the war was not reached until the signing of the Treaty of Versailles. In 1919, Lloyd George of England, Orlando of Italy, Clemenceau of France and Woodrow Wilson from the US

met to discuss how Germany was to be made to pay for the damage world war one had caused.

Wilson had devised a 14 point plan that he believed would bring stability to Europe.

Open Diplomacy – There should be no secret treaties between powers
Freedom of Navigation – Seas should be free in both peace and war
Free Trade – The barriers to trade between countries such as custom duties should be removed
Multilateral Disarmament – All countries should reduce their armed forces to the lowest possible levels
Colonies – People in European colonies should have a say in their future
Russia – Russia should be allowed to operate whatever government it wanted and that government should be accepted, supported and welcomed.
Belgium – Belgium should be evacuated and restored to the situation before the war.
France – should have Alsace-Lorraine and any lands taken away during the war restored.
Italy – The Italian border should be readjusted according to nationality
National Self -Determination – The national groups in Europe should, wherever possible, be given their independence.
Romania, Montenegro and Serbia – Should be evacuated and Serbia should have an outlet to the sea
Turkey – The people of Turkey should have a say in their future
Poland – Poland should become an independent state with an outlet to the sea.
League of Nations – An assembly of all nations should be formed to protect world peace in the future.

Germany expected a treaty based on these fourteen points. However, negotiations between the ‘big four’ Lloyd George of England, Orlando of Italy, Clemenceau of France and Woodrow Wilson of America did not go smoothly. Wilson believed that his fourteen points was the only way to secure everlasting peace. The French however, wanted the defeated nations to be punished severely and believed Wilson’s plan too lenient. Privately Lloyd George sided with Wilson although he was concerned about the threat from Communism, however, the British public, like Clemenceau, wanted Germany punished severely. Lloyd George knew that if he sided with Wilson he would lose the next election.