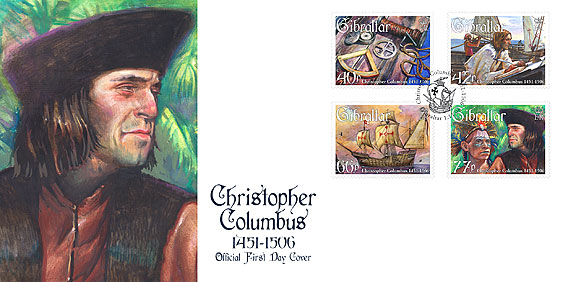 After five centuries, Columbus remains a mysterious and controversial figure who has been described as one of the greatest mariners in history and a visionary genius. Columbus's enterprise to find a westward route to Asia grew out of the practical experience of a long and varied maritime career, as well as out of his considerable reading in geographical and theological literature.
The widely published report of his voyage of 1492 in command of three ships: the Niña, the Pinta and the Santa Maria made Columbus famous throughout Europe and secured for him the title of Admiral of the Ocean Sea and further royal patronage. Columbus, who never abandoned the belief that he had reached Asia, led three more expeditions to the Caribbean in 1493, 1498 and 1502.

Christopher Columbus
This issue is available as