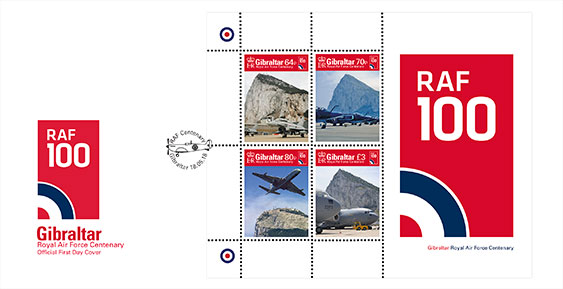 On 1 April 2018, the Royal Air Force celebrated its 100th Anniversary. The centenary itself will be marked by special events, activities and other initiatives at regional and national levels running from April to the end of November 2018. The centrepiece of RAF100 will take place on 10 July, with a centenary service in Westminster Abbey, followed by a parade in The Mall and spectacular fl ypast over Buckingham Palace.

A set of ten stamps has been issued to commemorate the RAF Centenary. The stamps depict a selection of aircrafts which have been stationed in Gibraltar. Aircrafts as follows;

RAF Centenary
This issue is available as